As America’s most popular dog breed, Labrador Retrievers give us many reasons to love them. Loyal, friendly and outgoing, they’re the goodwill ambassadors of the canine world. Although originally bred to be working dogs, I’d be hard-pressed to name any other breed better suited for families. Their even-tempered demeanour makes them ideal for children and special needs individuals alike.

The Journey to America’s Favourite Breed

Although Labrador Retrievers trace their lineage to Newfoundland, it wasn’t long before the British aristocracy took note of their reliability and strong work ethic. By 1780, the breed was common throughout England. Farmers and hunters were largely responsible for the growth in popularity.

The American Kennel Club (AKC) registered the first Lab in 1917. In 1991, the breed rose to the top of all AKC registrations. Labrador Retrievers are still formidable hunting companions, but they also enjoy a prominent place in family homes and as therapy dogs.

As the name implies, Labrador Retrievers are popular for retrieving ducks and other waterfowl during hunts. They are easily trained and enthusiastic sporting dogs. Without a doubt, they are built for the water! Labs possess unique physical characteristics that give them a distinct advantage.

Labs have a dense, short double coat. A layer of soft fur underneath the outer fur forms a protective barrier. This traps air and repels water. They also have wide tails that act as a sort of rudder for navigation and webbed feet to help them propel.

Labs bred for water-fowling are called field dogs. They are slightly different from those bred for show. Dog breeders refer to the differing lineages as “field lines” and “show lines.” The field type Labrador is usually taller, with a longer nose and more energetic than their show counterparts are. Field dogs are also bred for performance, whereas the show type is bred specifically to retain specific genetic traits like temperament and physical characteristics.

Labrador Retrievers are strong, muscular dogs, reaching an adult weight of up to 80 pounds. Their inherently good nature makes them great mobility assistance partners for the disabled. Their robust stature allows them to perform heavy-duty tasks, such as assisting people with standing and getting into wheelchairs.

Sully, former President George H. W. Bush’s Labrador Retriever, is probably the most famous assistance dog. In the final years of his life, George H.W. was confined to a wheelchair because of Parkinson’s disease. Reportedly, Sully was trained to know two pages worth of commands.

She helped the former president by supporting his weight while standing, opening doors for him, summoning help in emergencies, retrieving dropped items and much more. Sully stole the nation’s heart when pictures of her faithfully lying beside the former president’s casket became public after his death.

Labrador Retrievers also work as psychiatric service dogs and as guides for the blind or deaf. Guide Dogs for the Blind are the largest non-profit guide dog school in the USA. They promote Labs as the most successful guide dogs worldwide. Labs comprise the bulk of service dogs they offer.

A Labrador’s personality is so characteristic of the breed that the American Kennel Club includes it in the official breed standard. The AKC describes Labs as having a “kindly, outgoing, tractable nature; eager to please and non-aggressive towards man or animal.” Most people that have interacted with them would agree.

While there are exceptions to every rule, I have never seen an aggressive Lab. They seem to take things as they come and joyfully accept any attention bestowed upon them. They’re also indiscriminate, accepting strangers as readily as people they know.

Most of us recognize that dogs are good for children. They teach kids empathy and responsibility. They also boost self-esteem and provide companionship.

But what makes Labs more suitable for kids than other breeds?

Their temperament is what really sets them apart. Labrador Retrievers are patient, non-reactive, trusting and energetic. They tend to be very tolerant and forgiving of mistakes, such as tail pulling and roughhousing. They’ll retrieve a ball for hours and easily bond with multiple family members.

Labrador Retrievers come in three primary colors: yellow, black and brown. The variation is caused by specific genes unique to each coat color. Originally, Labs were black and this color gene is the most dominant. Up until the early 20th century, this was also the only color considered acceptable for the breed.

Brown, or chocolate, is a variation of the same gene that results in black, while yellow is an entirely different set of genes. Researchers are finding studies showing that there’s a difference in lifespan and health based on coat color!

In particular, brown Labradors may have more health issues and shorter longevity. It is uncertain whether these differences are related to the genotype itself, or are a byproduct of selectively breeding for color.

Designer colors, such as champagne, silver and charcoal are becoming more common, but they’re not recognized by the American Kennel Club. There is no gene for these coat colors. They are a result of breeding in dilution genes, which lighten one of three primary colors.

Normally, Labradors are born with black or brown noses. However, sometimes an anomaly occurs in yellow Labs and one is born with a pink nose. The skin around the eyes and muzzle will also be pink. They are often called “Dudley” Labradors. The phenomenon is relatively rare and doesn’t cause any health problems.

Labs can also lose the pigmentation in their nose during certain times of the year. Snow nose is a type of vitiligo. It is caused by fluctuating levels of an enzyme called tyrosinase. Usually, the color will return on its own without treatment, but adding a tyrosine supplement may help. Other causes of loss of pigmentation include old age and scarring. These changes are purely cosmetic and don’t harm the dog. Veterinarians sometimes recommend nose tattooing if the tissue is so light that there’s a possibility of sunburn.

Labrador Retrievers are hardy dogs, but they are predisposed to a few potentially serious conditions. Thanks in large part to the breed’s popularity, most health concerns have been extensively studied and are well documented. Some of these conditions are genetic and there is an effort underway by registries to screen breeding stock.

Labs are bred for sporting, which requires their bodies to make efficient use of calories. That works out pretty well when dogs are active and getting plenty of exercise. However, weight issues can arise when they slow down and become more sedentary. Obesity, which leads to a whole host of other problems, is prevalent in this breed.

There’s a very good reason for the high rate of obesity in Labrador Retrievers. About one-quarter of these dogs have a genetic variant that affects their weight and hunger drive. Researchers at the University of Cambridge isolated a specific gene, called POMC, which they believe is the culprit.

A Lab’s ravenous appetite may actually have a useful purpose. Interestingly, it is also thought that this same hunger gene may be why they are so easy to train. Since Labradors have an increased food drive, and most training is done with food rewards, they may actually be more intrinsically motivated to earn their treat than other breeds.

Hip and elbow dysplasia are mostly genetic deformities of the joints. There are a few environmental and nutritional causes but for the most part, it is passed down through breeding. No one is certain which genes are responsible but both diseases are tracked by the Orthopedic Foundation for Animals (OFA). Breeding dogs are usually certified as being free of the conditions after a panel of experts review detailed radiographs of the pelvis and forelegs.

The foundation maintains a database that anyone can access to search for the prevalence of genetic health conditions in lineages. To date, the database contains approximately 23,000 Labrador Retrievers. Information is voluntarily reported from owners, breeders, and clubs but the only way they will certify a dog is for the information to be included. OFA also requires that dogs have permanent identification, such as a microchip.

Myopathy is a range of conditions affecting muscle tissue. Labs are prone to three different types: centronuclear, exercise induced and acute caudal. Centronuclear myopathy is an inherited deficiency of a specific type of muscle fiber. The symptoms first appear in young dogs and include weakness, staggering and obvious muscle wasting. The disease tends to stabilize as the dog ages. L-Carnitine supplementation may be helpful.

Acute caudal myopathy is also known as “limber tail” or “swimmers tail.” Affected dogs are unable to move their tail, which is usually limp and painful. Some dogs may not be able to rise after lying down, but this is because they rely on their tails for balance. It’s not a genetic condition.

Labs acquire it by over-using their tails, which most likely results in reduced blood flow to the muscle tissues and vertebrae. It will heal without treatment, but anti-inflammatories help reduce pain and swelling.

Exercise induced collapse, or EIC, is another inherited myopathy but it’s drastically different than the ones previously mentioned. With EIC, dogs have periodic episodes in which they become weak and fall over. During an episode, the dogs’ breathing is also affected. It’s almost exclusively seen in the field line. While very scary to witness, it doesn’t usually have any lasting repercussions except in extreme cases.

Labrador Retrievers are also very prone to a genetic eye condition called retinal dysplasia. The disease is a malformation of the tissues surrounding the retina in the eye. It occurs in more than one form, but the inherited type has significant consequences. It can cause retinal detachment and eventual blindness; often occurring alongside other genetic abnormalities, such as dwarfism.

What It All Means

Some of these risks, such as obesity, can be prevented by simply controlling the diet and ensuring adequate exercise. On the other hand, genetic conditions don’t really have a viable treatment option. If you’re looking to buy a Labrador Retriever, there are some precautions you can take:

Labradors are some of the sweetest, most obedient dogs around. They make ideal family dogs and excellent companions for disabled individuals. With the right care, they flourish in almost any environment and are extremely simple to train. It’s easy to see why this breed has held the championship title of America’s favourite dog for over 29 years. 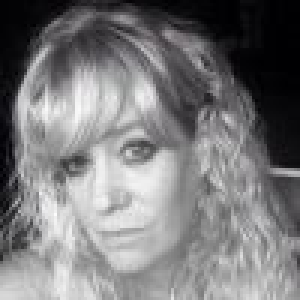 Heather CVPM is a qualified veterinarian and writer for Pouncing Pup. With 27 years in the industry, Heather earned her certification as a Veterinary Practice Manager from St. Petersburg College in Florida. She has two children, one human and the other an outgoing mixed-breed dog named Caramel.

As an Amazon Associate I earn from qualifying purchases.

Additionally, Pouncing Pup participates in various other affiliate programs, and we sometimes get a commission from purchases made through our links.

We use cookies on this site to optimize site functionality and give you the best possible experience. By using this site, you accept our use of cookies. Learn more